I was diagnosed with Type 1 Diabetes on Groundhog Day, 1996, when I was nine years old. My love of nature and the outdoors began early, but it really started to grow at Camp Nejeda, a summer camp in Stillwater, New Jersey for kids like me. That summer, I hiked a section of the Appalachian Trail for the first time. Throughout high school I would explore New England’s trails with friends and family, but I returned to that section of the trail in New Jersey year after year.

After high school, I went to college at Penn State. As I pursued my degree, Pennsylvania’s rural environment let my love of hiking flourish, and my senior writing seminar offered me the privilege of studying trail narratives and spending a weekend on the trail.

The real seed of adventure sprouted during a hike from Harpers Ferry, WV through Maryland to the Pennsylvania border. It was there that the idea of hiking the Apalachian Trail to raise awareness for diabetes was born. The idea grew as my adventures continued on in Montana, where I spent several years post college hiking, camping, and snowboarding on the rugged eastern edge of the Pacific Northwest. From there my adventures took me home to Florida, with Georgia’s Springer Mountain just a day’s drive away.

The little seedling of an idea planted years ago has grown strong and tall. In 2018 I’m creating a financial plan, building menus, and finalizing gear, with plenty of adventures in day trips and long weekend excursions to keep me happy until I set off on the hike of my life. 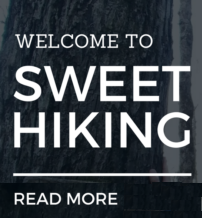